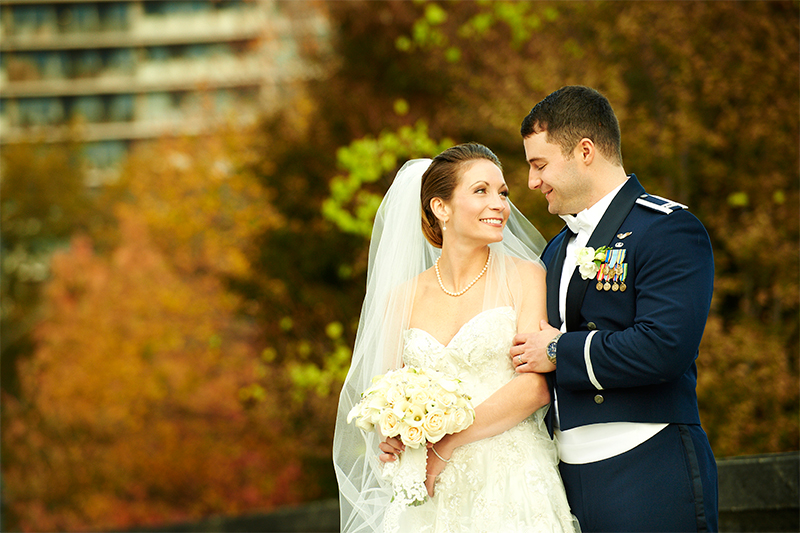 How they met: Christine Valiga and Evan Farren met while they were in high school, but it wasn’t until after college that their paths crossed again and they began dating. “Evan went to the Air Force Academy and I went to nursing school at Drexel University,” says Valiga. “After college I decided to join the Air Force Reserve and that’s when we got back in touch.” At the time, Farren was in pilot training in Arizona and when he came home for Thanksgiving the couple met for dinner. After that first date a long distance relationship began. The distance between them grew when Farren was reassigned to South Korea. “I was working in Delaware as a nurse and I would fly out to see Evan every three to four months in South Korea,” says Valiga. “We did that for about a year and a half until he was transferred to South Carolina.” That’s when they decided to move in together.

How he proposed: Farren was scheduled to deploy overseas in October 2014, so the month prior he surprised Valiga with a weekend getaway to Charleston, S.C. Farren took the opportunity during their getaway to get down on one knee and ask Valiga to marry him. The big day: “Once Evan was deployed I could only talk to him once a day for about five minutes, so it was challenging to get any planning done,” says Valiga. The first Saturday available at both of her first choices for ceremony and reception locations happened to fall on Oct. 31, 2015. “At first I was really unsure about going with Halloween as our wedding date, but it turned out to be fine,” she says. Theme: A traditional military wedding. “All the groomsmen who were a part of the military wore their ‘mess dress’ and my bridesmaids wore cherry red gowns,” says Valiga. The red, white and blue theme carried through with the colors in the bridesmaids’ flowers. “We had the saber arch as we were leaving the ceremony,” she says.

At the reception, there was an ice sculpture in the shape of the F-16 jets Farren flew. Another great find to fit into the military/aviation theme was a six-foot-long wooden propeller that Valiga had guests sign in gold pen. Father Daughter Dance: “In My Life” by the Beatles. Favors: Small bottles of red and white wine from Chadds Ford Winery with custom labels that read: “A nurse and pilot fell in love. 10.31.15. Thanks for coming to our wedding.” 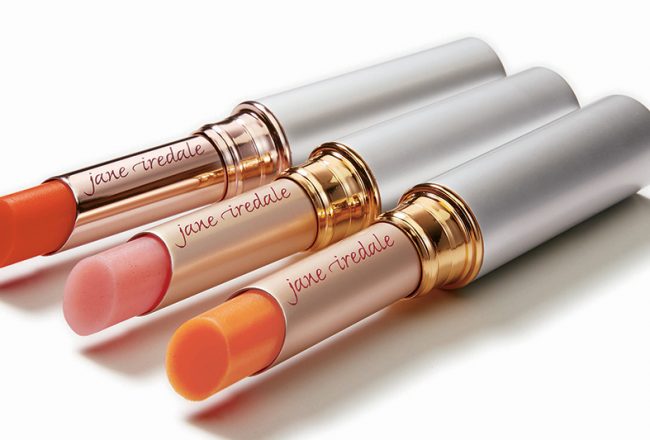 5 Products to Stash in Your Wedding Emergency Kit 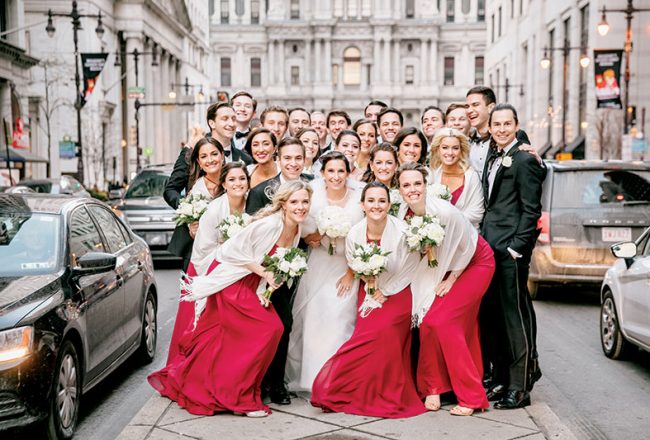 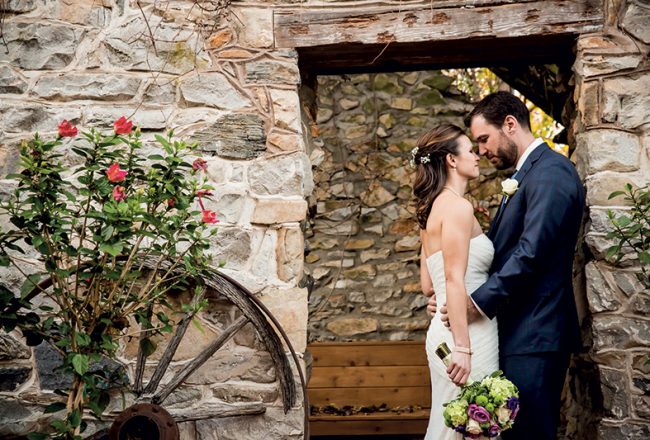 Over 20 Stunning Wedding Venues Around Delaware and the Main Line