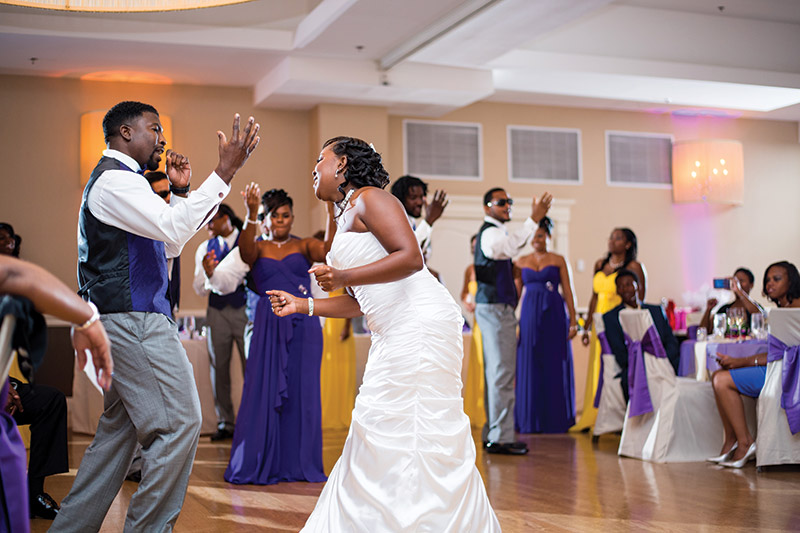 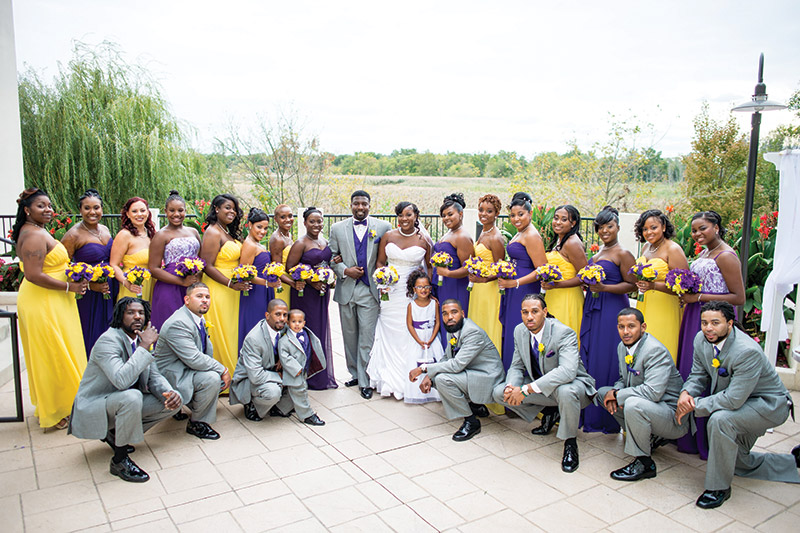 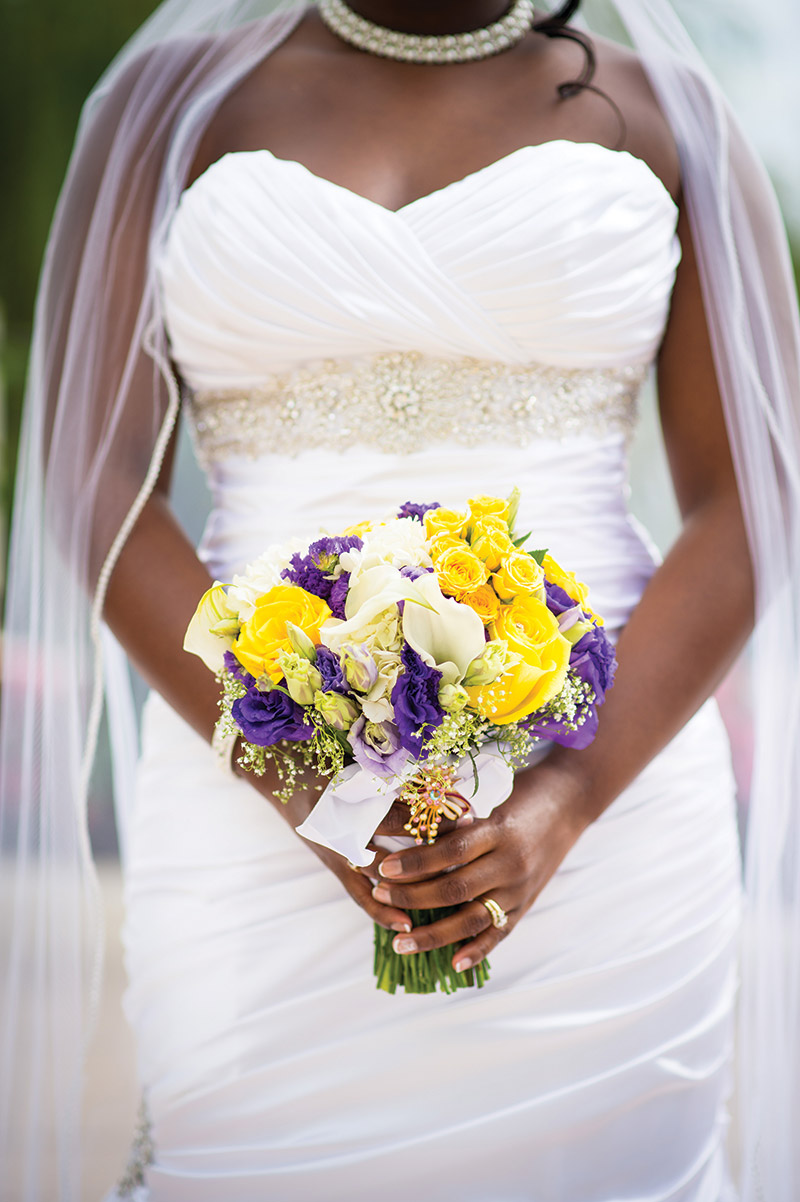 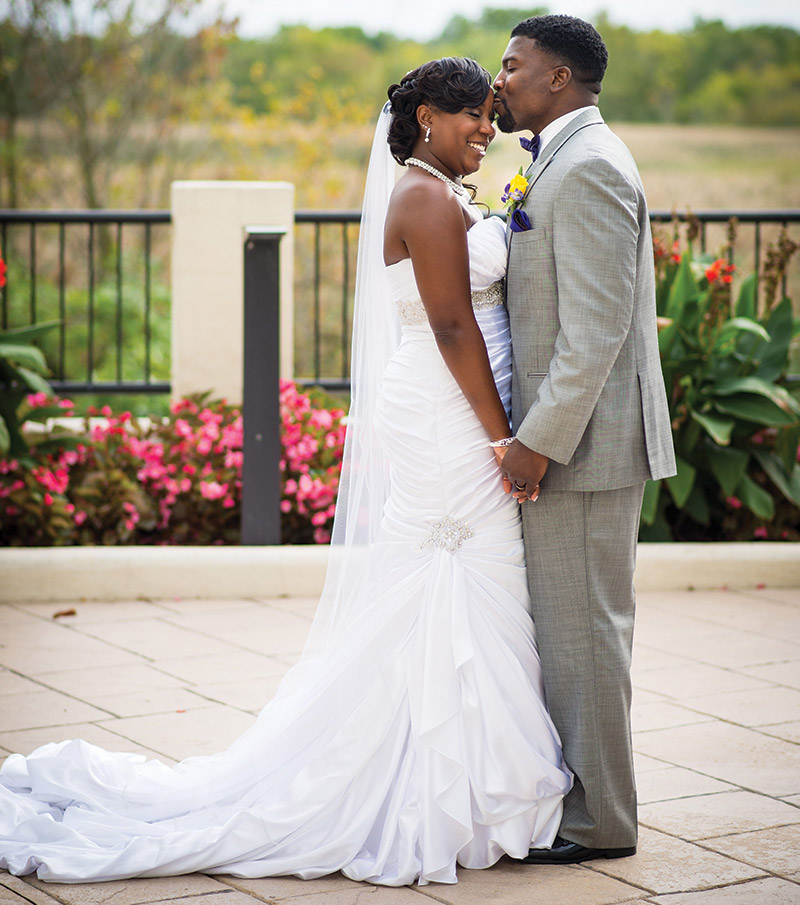 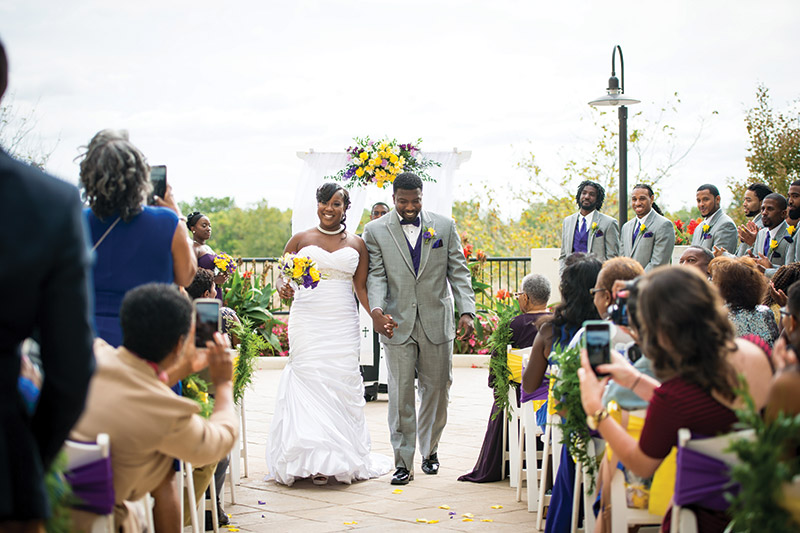 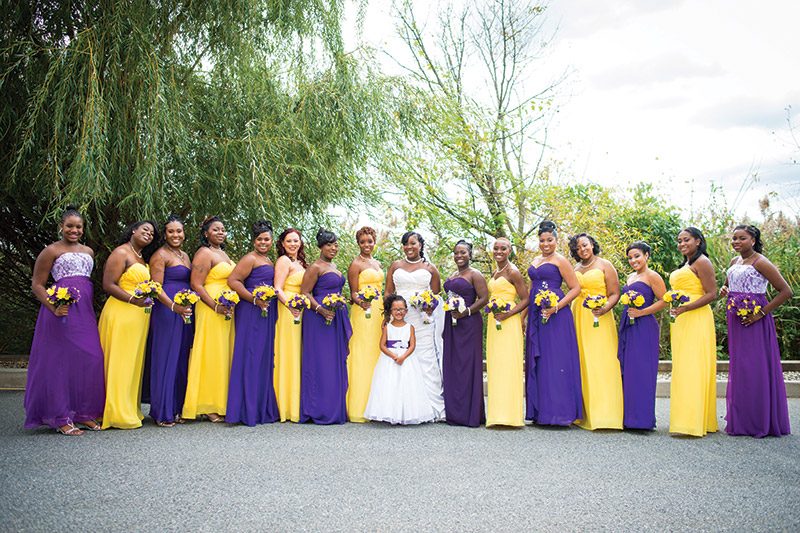 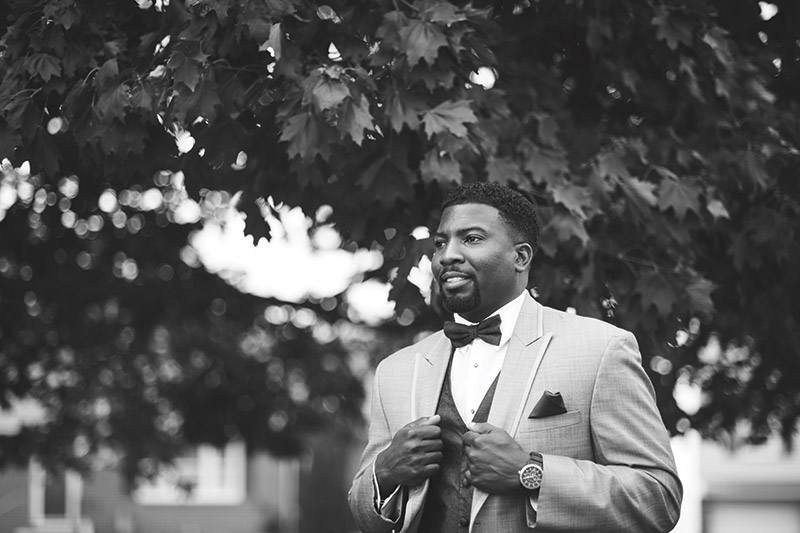 How they met: Hayden and Chrissy were high school sweethearts. “We met at the Delaware Black Achievers Program,” recalls Chrissy, who remembers a very quiet and reserved Hayden. He was a student at Mt. Pleasant High School while she attended Hodgson Vo-Tech, and upon graduation in 2004 and 2005, the couple went their separate ways—Hayden to the National Guard and Chrissy to Wesley College to study nursing. But Chrissy says it was their families that truly bonded them. “His family is from Trinidad, my father is from Guyana and my mother’s side is from Barbados so we had this connection; we are both family-oriented.” It wasn’t until Christmastime in 2013 when Chrissy messaged him that the couple finally rekindled their relationship. “We always respected each other’s boundaries because we both had been dating other people, but as soon as I messaged him that was it. He said he would do whatever it takes to build a family with me.”

How he proposed: (Oct. 31, 2014) Chrissy admits to having an obsession with Halloween. “I love it because it’s the one day out of the year you can be anybody you want,” she says. She has a Halloween party at her house every year and she decided on a Greek theme. She dressed up as Medusa and Hayden was Perseus, son of Zeus, who cuts off Medusa’s head. During the party, Hayden said he had an announcement. “I thought, ‘He wouldn’t propose while I look like this?’” laughs Chrissy. He got down on one knee, and all Chrissy could say is “Really?” The DJ then played “Here and Now,” her favorite song by Luther Vandross.

The big day: The big day: (Sept 26, 2015) Chrissy says the day of her wedding was amazing and the weather was perfect. However, there were a few bumps in the road that were out of the couple’s control. “We got married the weekend the Pope was in town. My dad’s mom was arriving from New York but her driver got lost from all the road closures and missed the ceremony,” she says. There were a total of 26—yes 26—people in the bridal party. “I separated the 13 bridesmaids in two—the girls in purple were family while the others in yellow were very close friends,” she says.