Married Life With a Beach Beginning 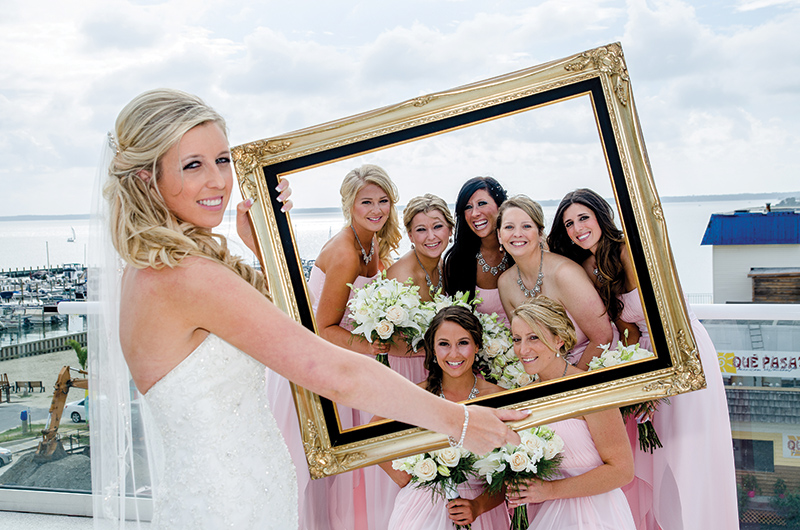 A Kennett Square couple makes memories by the water.

When Kati and Stephen McGovern celebrated their first anniversary on Sept. 20 this year, they were anticipating another milestone event that could very well eclipse their glorious wedding at the beach—the arrival of twins, a boy and a girl, in December.

The Kennett Square couple—she’s a bank manager; he works in his family’s septic-service business—sealed their romantic fate with Stephen’s proposal at Fager’s Island in Ocean City, Md., in 2012. “I was completely surprised,” Kati says. “It was sunset. It was really pretty. People started clapping.” Two years later, they were married at Rehoboth Country Club with 275 guests. “It was the perfect setting for us,” Kati says. “We love the beach and wanted to celebrate in our favorite place by the water.”

They also received an unexpected surprise from Kati’s brother and sister-in-law, who couldn’t make it to the ceremony, with good reason. “Their gift to us was a new nephew,” Kati says. The day was special in other ways, too. Before her wedding day, Kati was nervous and anxious while planning the event. “That day, I didn’t have a care in the world. Everything was clear,” she says. “I just wanted to marry him.”

The newlyweds honeymooned in Jamaica for seven days and didn’t even mind a tropical storm that kept them indoors for a day. Says Katie, “Being in such a wonderful place with Steve was enough.”