How to Pick a Wedding Hashtag 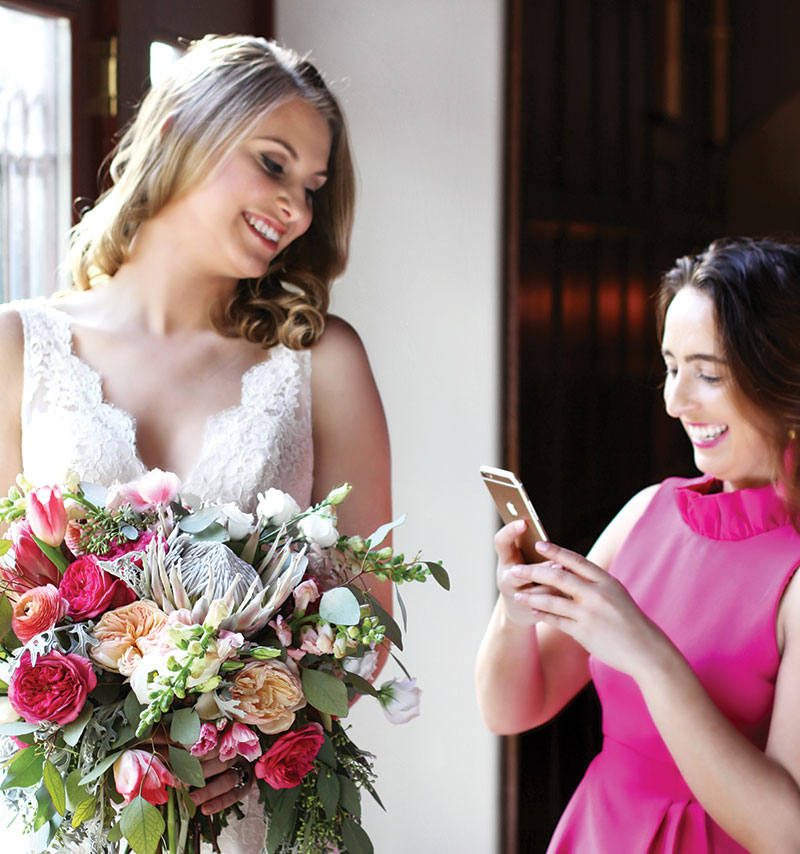 Lynda Barness thought she heard it all when it came to requests from her clients. With over a decade of experience in the wedding planning business, Barness, owner of I Do Wedding Consulting based in Philadelphia, had a client shock her last year when she requested a “Social Media Concierge” for her daughter’s wedding. “Five months before her daughter’s wedding, the client asked me to find a public-relations professional who was well-versed in social media,” says Barness. “She wanted to generate some more excitement about her daughter’s wedding with well-planned teasers on Facebook that would have family and friends look forward to the wedding even more.” After at first feeling unsure about the request, Barness then realized it was just another change brought about in our social-media obsessed world. Guests at weddings now constantly have their phones in hand capturing every aspect of the day. Modern day couples put as much importance on the creation of their signature hashtag as they do on choosing a song for their first dance. Barness understood it was her responsibility to keep up with those changes for her clients.

Barness reached out to Chester County-based public relations professional Patricia Maristch to see if she was interested in consulting with her client and acting as a Social Media Concierge on the wedding day. “I had seen a story written about a New York City company that was doing this exact thing and I had thought it was such a great idea,” says Maristch. The client had guests coming into Philadelphia for the wedding from all over the world, so they wanted these guests, along with those who couldn’t attend due to distance, to feel like they were a part of both the events leading up to the wedding along with the big day itself. The day of the wedding, Maristch was there for more than 12 hours documenting everything. “I’m not acting as or trying to replace the wedding photographer,” says Maristch. “I’m there to document the day in real time through their social media pages.” With the amount of time and money that is invested into the planning of a wedding, Maristch understands why couples want every moment captured and documented through social media outlets like Facebook, Instagram and SnapChat. “A bride or groom shouldn’t have to worry about taking photos or making posts the day of their wedding—that’s what I’m hired to do,” she says.

Maristch enjoyed the process of working with Barness’ clients so much that she added a service to her public relations company earlier this year called “Love & Likes,” a social media consulting and concierge service for couples. Packages start at $500. Word has quickly spread. Maristch has recently worked with another couple and has two upcoming weddings booked. Patricia Maristch offers the following suggestions for coming up with a unique hashtag for your wedding.