How Local Couples Got in Shape For Their Weddings 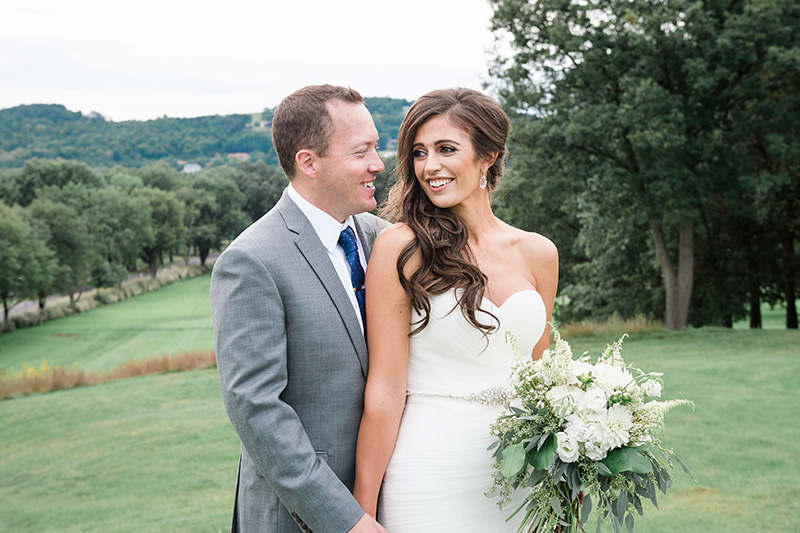 From boxing to spinning, here’s how to get fit before the big day around Delaware and the Main Line.

Mary Beth Reusche had a great fiancé, a great ring … and bad feet. She’d been a runner and rower in college, but for years following, foot pain limited Mary Beth’s exercise regimen. One surgery and six months of recovery later, Mary Beth was ready to get in shape for her November 2018 wedding.

What kind of exercise did she want to do? She decided on something borrowed and new. One of her colleagues—the two women are teachers in the Great Valley School District—is a spinning devotee. Through her, Reusche found REVive, a spin-boxing-TRX studio in Frazer, not far from her home in West Chester, Pa. When she started spinning, she got hooked instantly. “I thought I’d go two or three times per week with the general goal of bettering my physical shape,” Reusche says. “Now I go every day—twice a day if I can.”

High-speed bike riding is different from the rowing and running she did in the past. And they produced different results. “My legs and abdomen are so much more toned and slimmed,” she says. “There’s definition, but not bulky muscle. I feel that I look the best I’ve ever looked.”

Reusche lost a total of 15 pounds, which was both great and inconvenient. She’d ordered her wedding gown about a year in advance. When it arrived eight months later, the gown was too big. “I had to pay a good amount to take the dress in, but I think about that as a good problem,” she says with a laugh. “Better that than paying to let the seams out.”

Apparently, exercise is contagious. Inspired by his fiancée, Michael Whitlark became a disciple of Orangetheory Fitness, the high-energy, highly competitive, cross training dojo. “He was up at 5 a.m. to get to a class,” she reports. “It really clicked with him.” Whitlark lost 38 pounds in about six months.

Losing that much weight is inspiring, but not surprising to Chris Stanziale, regional trainer for Delaware’s five Orangetheory Fitness locations. Orangetheory’s approach is high intensity training (HIIT), which focuses on short bursts of super-hard cardio designed to get hearts pumping and fat burning. During one-hour classes, members rotate through various machines, each of which gets them into five different heart rate zones. The goal is to spend 12 or more minutes working at 84 percent or higher of your maximum heart rate. “Not only does that burn fat during the workout session, but it gets your body to burn 15-20 percent more calories for the following 36 hours,” Stanziale explains. “It’s a very tough workout and it’s very effective.”

As for Reusche and Whitlark having parallel, but not identical, exercise regimens, Stanziale says that only 15 percent of Orangetheory members are couples. Jennifer Crompton sees a higher number of couples at FUEL Cycle Fitness, the Ardmore, Pa. boxing and spinning studio she owns with her husband, Jeff Crompton. The two started exercising together before their wedding in 2012. Jennifer introduced Jeff to boxing and it was love at first punch. They got so into boxing that they entered their wedding reception wearing boxing gloves while the theme song from “Rocky” played. The Cromptons opened FUEL in 2016 and the studio has developed quite a following among couples.

The Bells are one of those couples. Before their September 2018 wedding, C.J. lost almost 15 pounds, largely due to spinning. His then-fiancée Danielle didn’t lose much weight. “But my arms,” she says, practically cooing. “My arms looked amazing.” 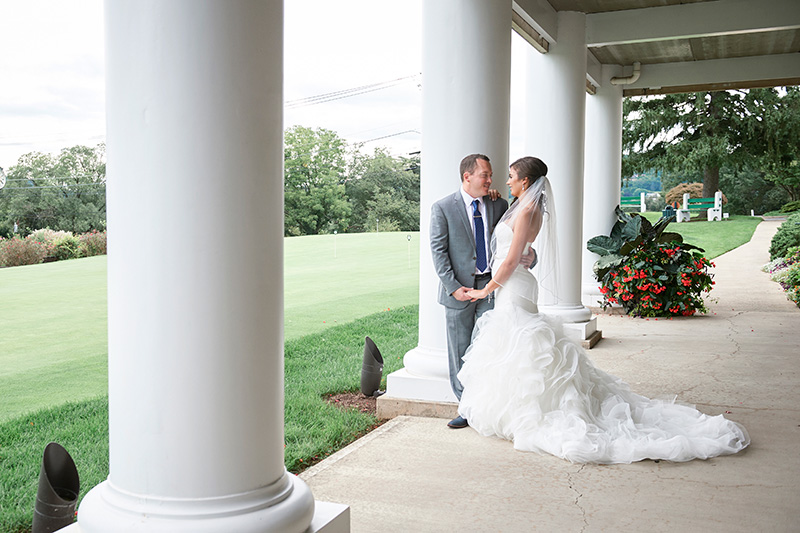 The Bells on their wedding day./Courtesy of Daniel Mezick

Boxing is what produced those arms, toning them to near perfection. Both Danielle and C.J. had never spun or boxed before they took an introductory class at FUEL. They started with spinning, and C.J. liked it immediately. He rode bikes at other gyms, but always got bored. For Danielle, it was all about the music. “Anything I can jam out to is fun,” she says. “It takes your mind off the fact that you’re doing difficult cardio for 45 minutes straight.”

Danielle was a bit nervous about boxing, not wanting her inexperience to be obvious. Reusche was similarly hesitant to add boxing to her regimen. “Boxing can be awkward in the beginning,” she confesses, “but the instructors were encouraging and great at teaching me proper form and everything else I needed to know.” Danielle agrees, especially because she quickly saw results. “Boxing is the best workout for someone getting ready for a wedding dress,” she says. “You don’t realize how many muscles you use throwing a punch.”

Crompton explains that boxing works the arms, shoulders, back, abdominals and legs. “The power of the punch comes from your legs straight up your body to your fist,” she explains. “It’s a full-body workout and, as many brides tell me, a great stress reliever.” In fact, Crompton says that she often doubles as a “psychiatrist,” letting her clients vent their wedding planning angst.

Erin Windsor sees the same thing at Salt Fitness in Rehoboth Beach and Milton, Del. “Brides are my most high stress clients,” Windsor says. “I tell them to bring that stress to a class, work through it and leave it on the bike.”

Spinning, which Windsor calls rhythm cycling, is the cardio backbone of Salt’s HIIT physiological philosophy. Salters also helps her clients build lean muscles with free weights, TRX bands and other forms of calorie-torching torture. “Women don’t usually want to get bulky, especially not before their weddings,” Windsor says. The trick is to use light weights but to perform a high number of repetitions. Ideally, Windsor recommends cardio five days per week and weight training on three of those days.

But group exercise classes aren’t everyone’s cup of fitness tea. Some people function better in solo workouts and many need motivation from a personal trainer. That’s the case for members of PhysiCore, the multi-modal exercise studio in Greenville, Del. Owner and trainer Jessica Ramsey explains that, while the fitness goals are the same, how they are achieved is quite different. Trainers work one-on-one with clients; group classes have no more than five participants. The vibe is just as tough, but calmer. “We’re not shouting or barking orders at you,” Ramsey says. “We are encouraging and motivating while educating you about proper form and how to modify exercise for your body.” Ramsey calls it customized fitness with personal attention that some people need.

For example, Pilates mat classes can be done in large groups, but Ramsey believes that the best results come from instructors paying close attention to students’ movements and correcting their forms for maximum efficiency. Then there’s the Pilates reformer, an intimidating device that creates amazing physiques when used properly. “When they are on the reformer people need the full attention of an instructor,” Ramsey explains. “It’s my job to get you to use the correct form and work at the top of your ability. As your ability increases, we increase the strenuousness of the exercise.”

Getting to that level requires time, which raises the critical issue of setting reasonable goals. Like other fitness centers, FUEL has a 12-week bridal special and Orangetheory has a 30-day guarantee, but the trainers agree that brides and grooms should start their pre-wedding exercise routines at least six months in advance.

Then, set healthy expectations. “We focus on numbers for target heart rates, but I don’t encourage people to focus on numbers on a scale,” Stanziale says. Losing inches and getting a good body mass index is just as important as losing weight, and all of that indicates a healthy body, he explains. “Don’t say that you want to look skinny,” Crompton says. “Say that you want to feel strong.”

Ramsey agrees. “You will lose weight, but I want people to be focused on being strong,” she explains. “The stronger we are, the healthier we feel and that’s really how you want to start your marriage.”

Think of it as building a new body for a new chapter in your life, Windsor advises. “Start with the core—the core of the relationship, the core of the body,” she explains. “If that’s strong, everything else follows. It requires work, but you will see and feel the benefits.” 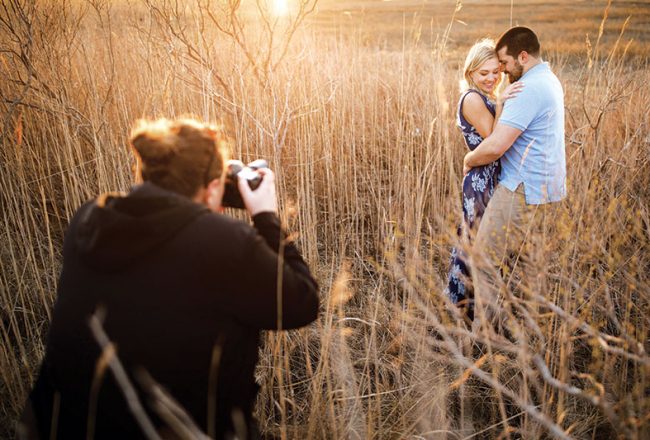 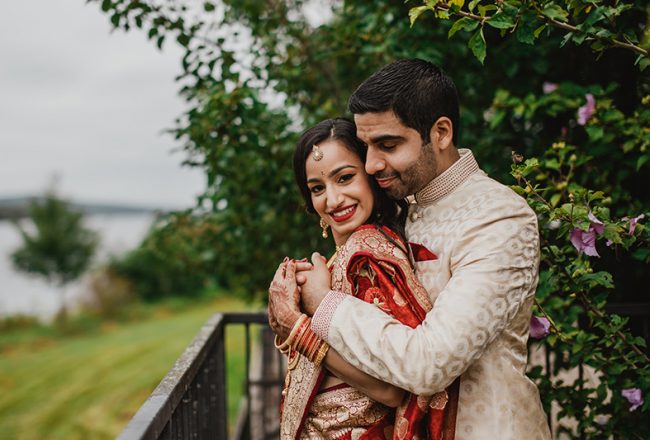 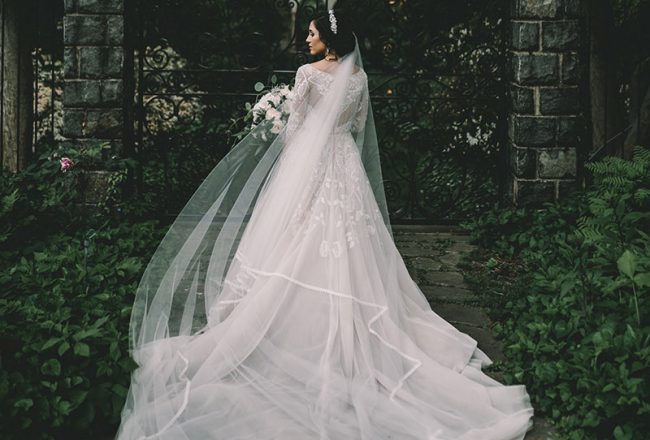